The Only True Method of Measuring MSP Success

If you’ve been in business long enough, you’ll come to realize there’s no wrong answer to any one question.

There’s no “correct” method of doing anything, really. There are just people, entities, and ideas that make more money—in some cases significantly more money—than others. It’s that simple. The only true arbiter of right and wrong, or the notion of “correct” when it comes to business, is your bottom line. Everything else is simply noise.

Being in business in the MSP space is no different. You’ll hear about best practices or some golden process that you “must adhere to” in order to successfully grow your MSP. That certainly sounds nice on paper, but what does successfully growing your MSP even mean?

For example, if you were to tell me you just expanded and brought on a new technician, that’s universally good news, right? However, did the methodology you employed allow you to achieve that growth in three months or three years?

Perhaps the concepts and processes you put into place in either scenario could both be considered correct. They both allowed you to grow after all. But if one method allowed you to do it exponentially faster than the other, that’s when you realize the notion of “correct” is simply a matter of how high, or in many cases how low, you set the bar for yourself.

To define it you need a universal metric with which to measure all things. A metric that works across MSPs of any size, under any situation, without exception. That metric exists, and it’s your labor revenue per full-time employee.

This metric, and the sales-driven concepts behind it, come straight from my book, So You Want to Be an MSP.

Labor revenue per FT employee: The only MSP metric that matters

Often, smaller MSPs dismiss the success seen by larger MSPs for any number of reasons. They have more resources, they have more staff, they can afford specialized talent, and so on.

By contrast, larger MSPs will often dismiss the success seen by smaller MSPs by comparing their revenue. My number is higher therefore nothing they’re doing could ever impact my business.

When I authored So You Want to Be an MSP, I did so knowing I’d be promoting an entire book based on a metric no one has heard of, and no MSP platform provides any insight on whatsoever.

Most MSP software vendors don’t care when you bring on your first salesperson, marketing person, or admin staff. They rarely, if ever, surface any metrics that aren’t connected to technicians.

In the absence of any other reliable metrics, MSPs are left looking at their total topline revenue as the sole barometer for success, which is an extremely short-sighted view of the overall health and wellbeing of your business.

If you bring on unprofitable contract after unprofitable contract or resell tons of hardware with miniscule margins, your topline revenue will absolutely increase. When you hit whatever arbitrary revenue goal you had in your mind under these auspices does this feel like something worth celebrating? Or does it feel like something worth reevaluating?

Labor revenue per full-time employee (FTE) inherently understands labor is the only true asset an MSP has for sale. Things like hardware and add-ons are simply icing on the cake, and in no way, shape, or form should icing be what you’re banking the future of your livelihood, or the livelihoods of your employees, on.

By stripping all of that out, and including non-technician overhead, you can not only compare how any one decision affects another in your own MSP, you can realistically compare the success of any two MSPs regardless of their size.

How to calculate labor revenue per FTE

It’s actually quite simple. Count how many full-time employees (FTEs) you have. As an owner/operator, consider yourself a full-time employee as well. If someone is part-time, count them as half an employee. Do the same for any services you outsource that account for anything near the payroll of a part-time or full-time employee, like NOC desks or virtual call centers, because without them you’d need to fill those gaps with additional payroll.

Next, calculate your labor revenue while removing all other sources of revenue. Ninety to 95% of your contract revenue should be from labor, even if you’re including marginal costs like antivirus licenses, email licenses, and things of that nature.

If for whatever reason you have several contracts you feel have exorbitant costs associated with them, feel free to do the math there as needed to account for this, but that should be a rarity.

In theory, as you grow you should become much more proficient in all things. For example, your processes should be more streamlined, making you more efficient. You should be able to procure a higher-class of customer because you’re bringing on the marketing talent to attract them, the sales talent to close them, and the specialized technical talent to service them. A higher-class of customer means more profits for you, which means your labor revenue per FTE increases as a result.

However, if you’re finding your revenue is growing, but your labor revenue per FTE isn’t growing with you, this almost universally signals you have extensive room for improvement.

For example, if a solo MSP is garnering as much labor revenue by themselves as each of your employees are in what should amount to a larger, more efficient organization, then it’s clear you’re growing exponentially slower than you should be.

More importantly, when I was a growing MSP, I couldn’t care less when I found out some other MSP was generating more revenue than I was. That quite literally meant nothing to me. What I did care about was finding MSPs that generated more labor revenue per FTE than my MSP because that meant they were doing something I wasn’t, and I wanted more than anything to know what that was.

This is also why attempting to classify MSPs by their total revenue is useless. If you were looking to grow your MSP for potential acquisition from day one, do you think investors would be more interested in the MSP earning $5 million of revenue annually when 50% of that is low-margin hardware sales and add-ons, or where the bulk of the $5 million is being generated directly from recurring labor revenue?

The next question everyone immediately asks once they’ve calculated their metric is always the same: My labor revenue per FTE is X. Is that good? Is that bad? How would I even know?

Most smaller MSPs, let’s say those with one to three employees, typically find themselves somewhere in the $50,000 to $80,000 range. Anything less means you’re likely a solo MSP who isn’t selling out of their time just yet, or you’re growing into new hires much more slowly than originally anticipated.

For MSPs already earning more than $80,000 at this size… I’m betting I’m not telling you much you don’t already know here.

When you get into four- to seven-employee MSPs, you’ll start seeing between $75,000 and $125,000 of labor revenue per FTE. Numbers less than this typically mean the MSP has been in business for a long time and is likely growing, albeit at quite a slow pace. Numbers larger than $125,000 at this stage in an MSP’s growth cycle mean they’ll likely wind up being a top-tier MSP when it’s all said and done.

After eight employees is where you can really tell what MSPs have learned on their journey. The bulk of larger MSPs tend to sit in the $90,000 – $140,000 range. Anyone over $150,000 annually, particularly when they climb above 10 employees, is running a tip-top shop because it means they’re consistently garnering more profitable customers who are sticking with them year over year.

You’ll find elite MSPs earning over $200,000 in labor revenue per FTE. While these levels are somewhat rare, they’re top examples of those that have adopted the sales-driven mindset. In other words, their sales engine has full control of their ship, and it’s no longer being steered by technical acumen.

Finally, folks often want to know how high this metric actually gets. I’ve done paid consulting work for roughly 500 MSPs, and had open discussions with thousands over the course of my consulting career, which overlapped with my MSP days. During that entire time frame, I’ve seen roughly half a dozen MSPs who teetered on the $250,000 mark. In each case, they’d found specialized niches—like federal contracts, police and fire departments, and specialized medical centers—that allowed them incredible return on their contracts, though it did require them investing heavily in the specialized talent required to procure and service them.

Anyone who knows me well knows I can’t stand traditional thought leadership pieces and am often quite outspoken against them. That’s because it’s rare the author has ever spent a moment in the reader’s shoes, and even when they have, they won’t mention how “successful” they actually were or currently are in those endeavors. You’re simply asked to take their word that what they’re saying is valuable and will have a marked impact on your business. You’ll never find me doing the same.

For those interested, my MSP generated $2.5 million of labor revenue annually before I sold it. My labor revenue per full-time employee was just over $208,000, and it was the sole focus of my business from day one up until I sold it six years later. We specialized in national retail chains and large retail franchisees.

Did you enjoy this straight talk from Andy Cormier? Then you’ll love So You Want to Be an MSP, the book where Andy pulls back the curtain on his successful MSP business to show you exactly how he built it. Grab your free copy of Andy’s book here. 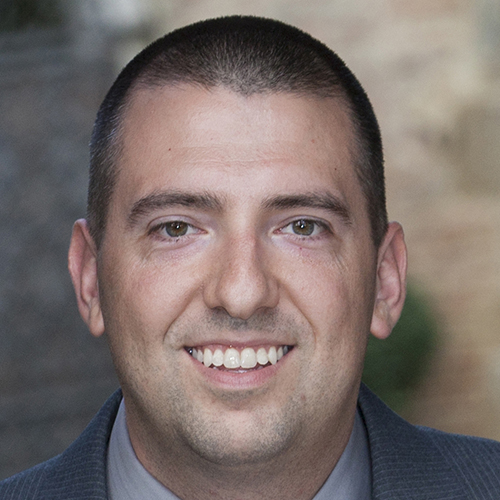 Andy Cormier is Syncro’s Partner Development Director and author of So You Want to Be an MSP. Proud Texan who spends his evenings getting drunk on the tears of his competitors.